First estimates of agricultural price indices for 2022 indicate that they were substantially higher than 2021 for almost all the main product categories as well as for key agricultural inputs.

There were three broad drivers of higher prices. The first was the disruption to global agricultural markets caused by Russia’s invasion of Ukraine. Russia and Ukraine have been major exporters of grains, wheat, maize, oilseeds (particularly sunflowers) and fertilisers. The second driver was the widespread drought, which is expected to have reduced yields on crops, including fodder crops like hay used as feed for livestock. The third was other inflationary pressures, not least the cost of energy as actions were taken to phase out the EU’s dependency on Russian fossil fuels have also driven up energy prices.

There were also sharp price rises in the average price of goods and services currently consumed in agriculture (i.e. inputs not related to investment). There was a 30% increase for the same ‘basket’ of inputs, compared with 2021. Within this basket, there were considerable price hikes for fertilisers and soil improvers (+87%) and energy and lubricants (+59%).

This information comes from data on agriculture published by Eurostat today. 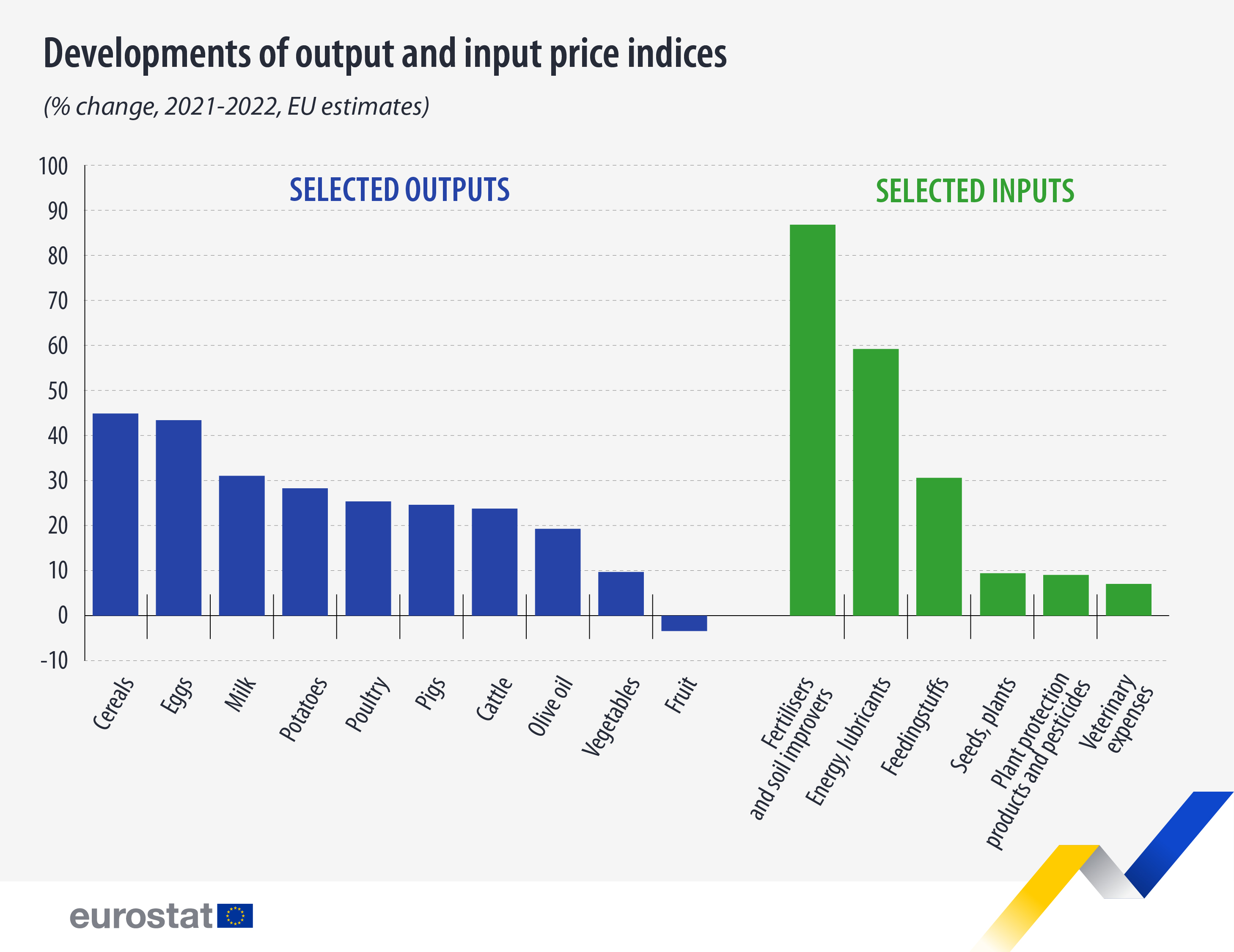 Prices for cereals, eggs and milk rose fastest in 2022 in Finland, France and Latvia, respectively

To illustrate the widespread nature of price increases in the EU, the focus is given to cereals, eggs and milk, the three products with the sharpest average EU price rises in 2022.

Average prices for cereals as a whole (an aggregate that covers wheat, barley, maize, rye and oats as well as other types of cereal) increased in all EU countries between 2021 and 2022, the rate ranging from +33% in both Austria and the Netherlands and +34% in Latvia to +67% in Hungary and +70% in Finland.

The drought across the EU in 2022 reduced the availability of fresh grass as a feed for dairy cows in particular. There were milk price rises in all EU countries in 2022, ranging from a relatively limited +3% in Cyprus (where goats’ milk is also a key product) and +9% in Malta to about +50% in Belgium, Lithuania, Hungary and Latvia. 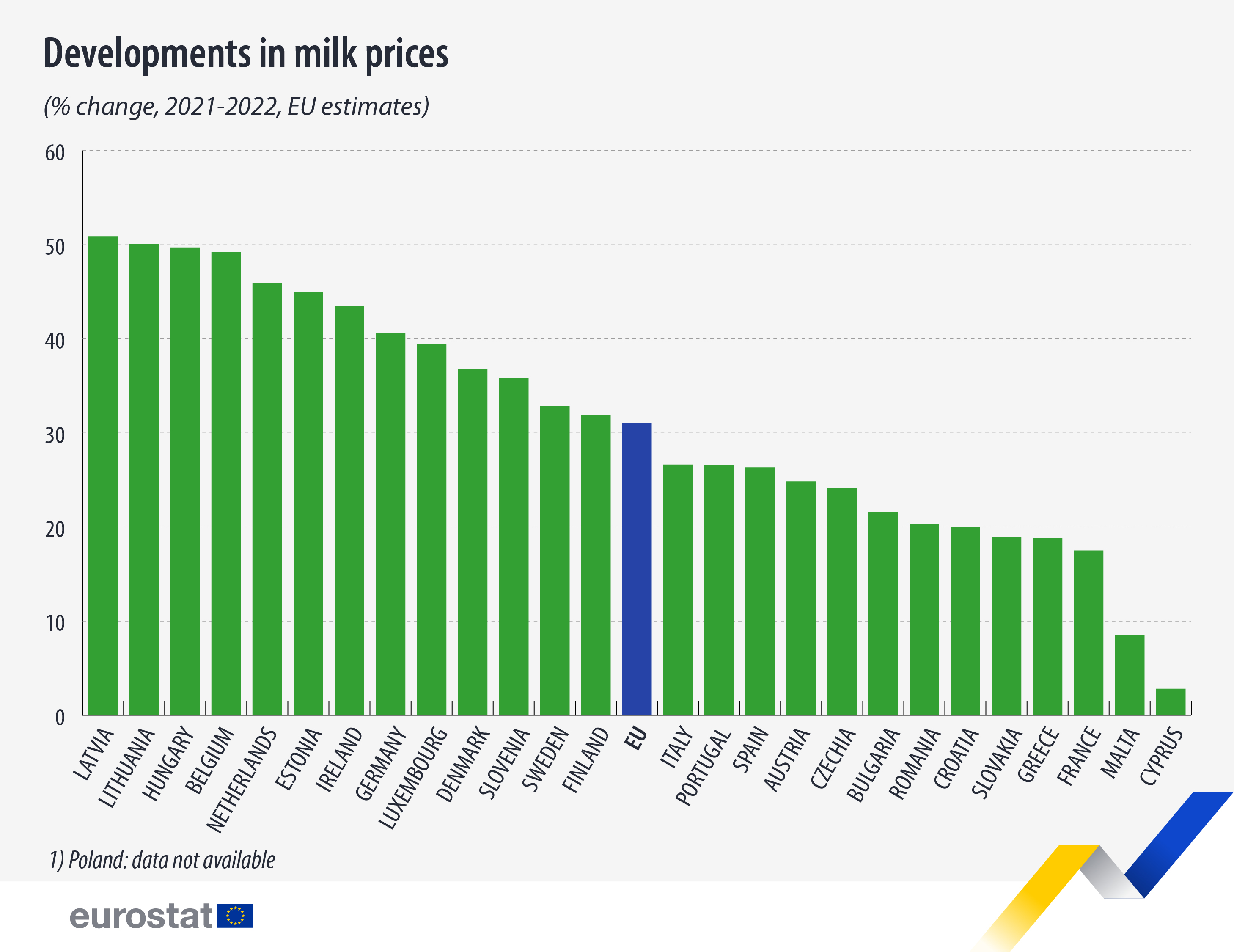